A Book to Help Kids Make Friends Early with Mediocrity! 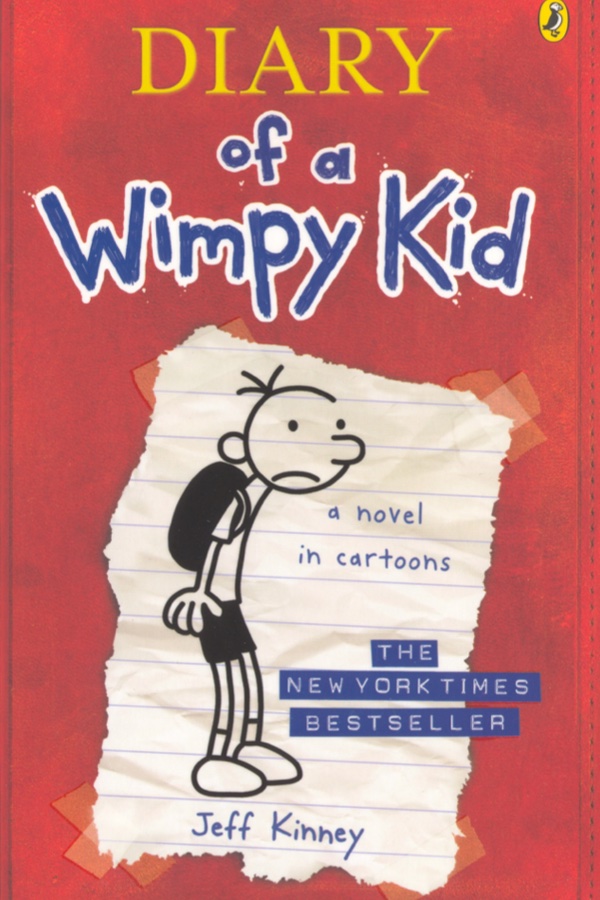 The Art of Teaching: A Conference for Teaching Men

Learn More
A review of Jeff Kinney's Diary of a Wimpy Kid written by Joe Breslin.
Finally someone has done it! In Diary of a Wimpy Kid, Jeff Kinney has given us a character who sees through all the fakes and morons in this sad, sad world. Through the pages of Greg Heffley’s journal, we get a taste of what things are really like for a poor, victimized middle schooler, and folks, it’s not a pretty picture!

For example, Greg has to put up with morons. Constantly! As he puts it, with characteristic eloquence, “…I’ll be famous some day, but for now I’m stuck in middle school with a bunch of morons.” These morons are everywhere. And when I say everywhere I mean EV. RY. WHERE.

For starters, there’s the bullies in his school who make life difficult for our hero. Fortunately, he has a constructive outlet. As the saying goes, there’s always a bigger fish, and Greg is bigger than at least a few. There’s this kid down the street, Rowley, who is Greg’s best friend. He’s also kind of an idiot, and, very possibly, not all there. So you can just imagine how much fun Greg has with him throughout the book! Rowley is just way too trusting, and Greg is able to amuse himself by getting Rowley into tight spots, and then making him take the fall. At one point, he allows Rowley to take the blame for terrorizing some children in their care, and actually it was Greg the whole time wearing Rowley’s jacket. When he’s challenged to do the “right thing”, he flat out lies about it! But this isn’t even necessarily the best lie he tells.

Like, when Rowley’s dad, who is a total dork who looks things up on parenting websites,  won’t let him play an inappropriate video game, Greg brings the game over inside the case of an educational video game, “Discovering the Alphabet.” What makes this all even funnier, though, is that Greg is actually GROUNDED from video games at the time! So he not only tricks Rowley’s dad, but also gets one over on his own parents. You’d think parents would be a little smarter than this, but no, they’re pretty stupid. Not only are they stupid; they’re incredibly unfair. Let me give you some examples of their unfairness, and then I’ll give you some examples of their stupidity.

Like, Greg’s mom finds out that Greg’s older brother, Rodrick, has a motorcycle magazine with a model who’s a little underdressed. Predictably, they freak out! But as the Greg points out, there’s really nothing wrong with this. Rodrick’s mom tries to make him realize that he’s not treating women with respect, but the author shows how funny that is. I mean, seriously, why would you want to treat women with respect? Greg’s mom, like the teachers at school, is easy to deceive, and a total airhead who thinks everything’s a “Christmas miracle”. But at least she’s kind of nice. Unlike Greg’s dad.

Greg’s dad is basically just angry. He’s also super pushy. Like, he forces his son to go outside and play, and refuses just to allow him to be happy sitting in front of a T.V. screen, playing video games. He gets all bent out of shape about Greg wanting a Barbie toy. About the only time he shows Greg any affection is when Greg briefly wants to lift weights. Umm…yeah…that was before Greg discovered what a ridiculous amount of hard work that is. No thanks! I forgot to mention that Greg’s parents FORCE him to help out with his baby brother, Manny. Umm, wasn’t slavery made illegal like a thousand years ago?

So as you can see, Jeff Kinney, the grownup who wrote this book, is the only grownup on earth who really gets it. What’s that you say? Gets what? Umm, do I really have to explain this to you? What’s with you grownups, and always making us kids define everything? You’d think the world was made out of words and meanings, instead of just chemicals. Some people act like I’m walking around with a dictionary for a head.

But, OK, I’ll play your game. I’m going to use examples in my definition though, because…America. So here’s “it”:

We all owe Jeff Kinney a debt of gratitude for this epic coming of age tale, and I just can’t wait to get my hands on the next few volumes!

Joseph is a fifth grade homeroom teacher at The Heights School. He graduated from the Heights in 2001, and attended Franciscan University of Steubenville. He and his lovely wife Elizabeth have three sons, Julian Reuel, Ignatius James, and Benedict Lawrence. Joseph has been the Heights' head varsity wrestling coach since 2013. His original stories and reflections can be found at joeybreslinwrites.com.
Learn more about Joe Breslin →