The Machine, The Garden, and The Ship: Three Metaphors for School

Editor’s Note: We bring you this essay from our archives, going back to 2003.

Many of the questions we ask about schools—often innocent enough in intention—presuppose a metaphor of schooling, a vision of its methods, its purposes, its myriad responsibilities. This “mental model,” as educational theorists like to call it, can implicitly shape the questions we ask, and sure enough, many of the answers we find. Yet in the avalanche of everyday tasks, it is easy to dismiss such a perspective as too abstract, mere theory we don’t have time for. But in truth, these metaphors expand or limit our sense of the possible for teachers, parents, and our children. As such, they are worth examining.

Just as Frederick the Great, the 18th-century Prussian ruler, revolutionized his armies to great success by instituting standardization and drill, so educators of the 19th century radically changed the classrooms of America based on mechanized models of the universe that were changing the world. Historians such as Gareth Moran have shown how America’s classrooms, modeled on the machine-like productivity of assembly lines, were organized into discrete more manageable parts: students were separated into grades, the day was broken down into periods, bells marked the hours, drill was the method that would make the classroom as productive of learning as the factory was of industrial output. And scheduling was not the only thing standardized. What was learned became homogenized, less subject to the caprice of local schoolmasters. 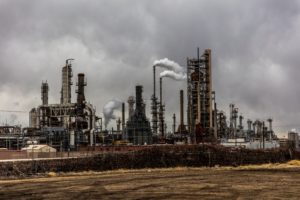 Many of these reforms were good. Public schooling in America, well into the middle of the 20th century, took millions of students from ignorance to a literate command of the civic duties demanded of democracy. I have on my shelf at home a copy of Shakespeare’s Julius Caesar, once owned and clearly read by no less than half a dozen students in the Washington, DC public schools of the 1930s. The drill might have been overdone (Henry David Thoreau thought this even of Harvard in the 1830s), but the learning was often real and substantial.

Yet more and more I find myself becoming wary of the dangers ofthis metaphor or image of learning. As Chesterton put it, the problem with pragmatism is that it doesn’t work. By overemphasizing the virtues of the industrial metaphor, we turn those same virtues into serious flaws that dehumanize a school’s culture by failing to recognize that a school is not a machine but a community of persons. Sadly, these flaws may afflict even a school with high SAT scores, and sterling college acceptances. For the useful is not the whole of human life.

I first started thinking about metaphors for schooling after having read a matriculation address by Franklin Burroughs, of Bowdoin College. Entitled Semper Habēmus, after one of Bowdoin’s mottoes (“The whispering pines we will always have with us”—Vergil), the address is an eloquent exploration of the various meanings of liberal education and the environment in which it can thrive and die. Those whispering pines evoke not so much a place as a frame of mind. One that is free to question, contemplate, even dream.

The modern classroom, however, awash with neon lights, regimented into rows, tense with expectations to succeed in everything from pre-school placement to college acceptances, is becoming increasingly antithetical to learning for its own sake. Our schools should be clean, well-lighted places, by all means, where students experience both the rigors and the joys of learning. But they also must not make students feel as if they are tied to a conveyer belt lurching mercilessly towards life-long success or failure.

It is no accident that The Hegihts’s motto of Crescite (Latin, to grow, increase) was God’s first word to man, spoken in a garden. Gardens, of course, do not naturally spring forth, fully formed. They are a precise mixture—like a fine wine—of nature’s gifts and human effort. Gardens are tended to, or they become overrun with weeds and “grow like savages.” If the seminar is to produce fruitful discussion, the lab garner results, the language drills bloom into fluences no longer foreign, a great deal of hard work, indeed labor, must go on every day. But the work must be done in the proper spirit. The nightmare stories of teachers teaching to the test, of the damage state-wide standards, are doing to creative teaching, reflect more the bureaucratic culture of our school than the caliber of the standards applied. To instrumentalize everything is to trivialize everything. 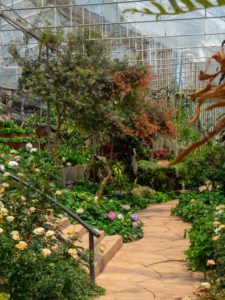 When school culture is hostile to learning for its own sake, that culture becomes a desert, unable to nourish the souls of our children. The frequent collapse of interest in academics during adolescence is more than just hormonally driven. To avoid such demoralization, schools must nurture the curiosity that captivated students when they were in primary school. Mall-sized schools must become smaller, more personalized places. Teachers must know their students as thoroughly as the subjects they teach. And boys, in particular, must have mentors who realize masculinity is not an affliction, but a gift that flourishes only in self-mastery and self-giving.

Many will nevertheless find this vision of schooling impractical because their “mental model” of schooling owes more to the assembly line than anything else. Ironically, the assembly line of American schooling produces more self-satisfaction than achievement: our students routinely rate themselves as highly skilled in math and language skills while consistently ranking lower than most of their counterparts overseas. The efficiency cult that defines so much of American society has shown robust results mostly in the areas of self-esteem and h

ealth awareness within a multi-cultural perspective. Left to wither on the vine, it seems, is the rich harvest of learning that defies both depersonalized manufacture and standards that are merely bureaucratic benchmarks.

Just as the machine metaphor emphasizes a schools’ efficiency, and a garden underscores the contemplative, personalist side of learning, so the ship stands for a school’s ability to inspire adventures of discovery. “There is no frigate like a book,” Emily Dickinson reminds us. And of course, Melville virtually shouts in Moby-Dick “a whale-ship was my Yale College and my Harvard.” There is aboard a ship a sense of destination, strengthened by the hope of returning home with new eyes, with an enlarged sense of the dangers and wonder fo the world. Reading only for SAT vocabulary words in a test prep course will rarely take a student to lands so far away. 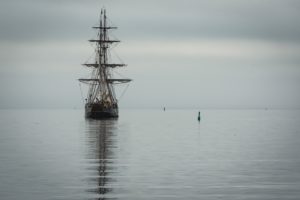 Recently, I optimistically bought a book entitled Schools that Learn: A Fifth Discipline Fieldsbook for Educators, Partners, and Everyone Who Cares About Education by Peter Senge. Though fairly rich in anecdote and scholarly references, the theme of this book is a dismissal of not only the authoritarian ways of old (which deserve dismissal), but the very notion of objective truth itself. In their zeal to establish “vision sharing” and cooperative, collegial schools that hardly need administrators, they do away with truth, traditionally a fairly authoritative figure.

Discussing “pioneering” theories of biological cognition, Senge states, definitively: “No human being ever produces a definitive statement about reality” (p. 47). Even overlooking the self-contradictory nonsense of such a statement, which comes under the heading “Schools Communicate the Truth” (rejected by Senge as “naive realism”), how can any school lead children to responsible adulthood under such a charter? The short answer is they can not.

Good ships have good crews. So too, good schools have good teachers and students. but the leadership has to come from above: parents, teachers, and administrators all have to be willing to do more than keep the machine humming, the schedules consistent. Columbine High School’s drama department reportedly hung por=sters in its classrooms of such movies as “Natural Born Killer”. In that factory-sized school, the adults were not leading, they were following. The crew had taken over, sure they could navigate straight to chaos. And they did.

To banish objective norms of human experience in order to establish the professional prestige of teachers is to betray a sacred trust instead. There are, after all, plenty of definitive statements we could make about reality: Never harm the innocent, honor your parents, do not steal, live justly, walk with reverence. The list is long, and every society teaches them to its children if it wants to see them flourish and achieve true happiness.

If our schools are to become places that effectively educate our children, then we need to cast off the relativist theories of meaning that not only subtly infect much of teacher training, but also eat away at the moral education of our young children. We need schools—perhaps today more than ever—that are places of learning, not unfeeling machines, that are sheltered from the instrumentalizing tendencies in our culture, not aimless perpetuators of prestige. Schools too that are as ships upon a sea of discovery, not cruise-liners without purpose or port.

Mike Ortiz teaches twelfth grade AP English. He is a recipient of three National Endowment for the Humanities fellowships, including participation in the Independent Summer Scholar Program. He holds a B.A. in English from Saint Anselm College and an M.A. in English from Georgetown University. He began teaching at the School in 1985. His children’s novel Swan Town: The Secret Journal of Susanna Shakespeare (HarperCollins) was published in 2006. His latest book, Like the First Morning: The Morning Offering as a Daily Renewal (Ave Maria Press) was released in April 2015. He and his wife, Kathleen, have four children. Son David is a graduate in the Class of 2011; Daniel is a graduate in the Class of 2014.
Learn more about Michael Ortiz →