Eulexia: The Goal of Deep Reading

Last night my wife Janet and I were chatting when she said something that made me jump up from my chair, snatch from its place a well-thumbed book, and start flipping through the pages. “Why is that?” she said, “…if it’s true. Why is the ‘faker’ the one with the broad theories and the ‘expert’ the one who hesitates except to answer narrow questions?”

I knew the chapter, the author, I wanted; the white-bordered purple cover with the 15th-century illuminated manuscript detail, the smooth feel of the clean-cut seven hundred page-edges as I held it, and the smell of the wind they made as I spun them to the five-hundreds: Jan Ziolkowski’s “Towards a History of Medieval Latin Literature.”

“What are you doing?” she asked me.

I did not answer. I was probably rubbing the back of my thumbnail absently over my lips—a habit she has noticed over the years. I was looking for the top half of a recto page. The low-frequency words “monograph” and “synthesis” and “popularizing”. Where were they? Were they in the beginning? I wish I could say I found them instantly, but I did eventually find them. There! The top half of a recto page!

“‘…the field has an urgent need of synthesizers who can bring together what has already been achieved.” I read aloud. “Additionally, the field requires judicious popularizing to ensure that future workers are enticed into it and that a larger public gains an awareness of it. Only through a combination of such monographic, synthetic, and popularizing work…”

“You see,” I said, “it’s all about the purpose and the audience of the work. The scientist has to content himself with a narrow question: what are the philological precedents of the description of Aaron’s breastplate of jewels in Cyprianus Gallus’s Latin epic on the story of Exodus… Then, after a few monographs are written, the scholar is at greater liberty to draw them all together in synthesis…” 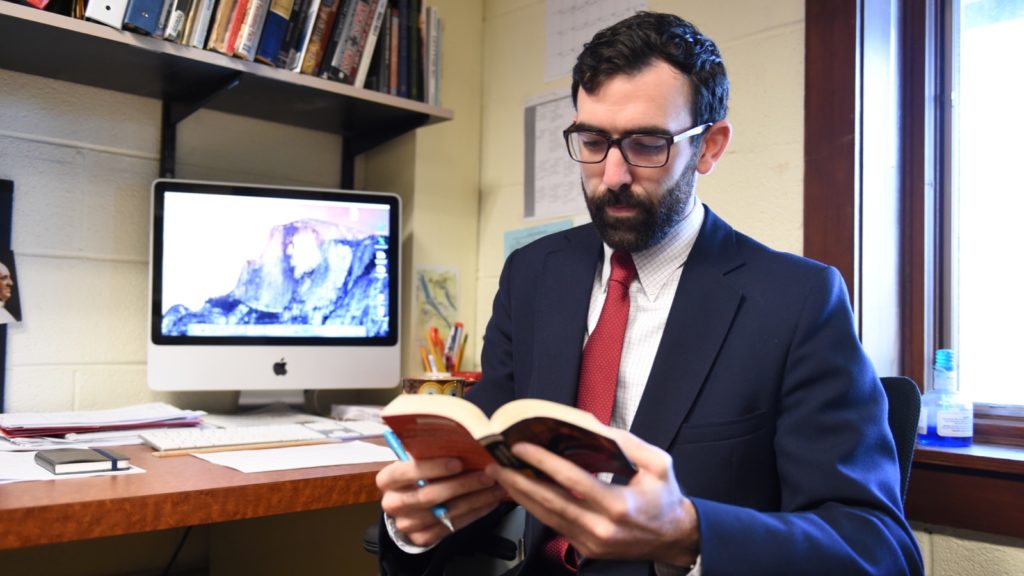 What followed was a conversation about the new world that opened up in the field of late Roman literature when scholars began to study the abundant but (since Edward Gibbon’s time) ignored texts written in that period that followed the Golden Age, and the Silver Age, of Latin literature. It is natural to think that what comes after Gold and Silver is Bronze, and then, as the Greek poet Hesiod said, the Age of Heroes, and finally Iron: “I should never have been of the men of the fifth generation, but to have died before or been born after!” (The Works and the Days, 174–175). But Gibbon’s—the great, the brilliant, the beautiful!—Gibbon’s great blindness has yielded to generations of patient and humble scholars who first focused intensely on narrow questions, yielded to those who could synthesize, then saw great popularizers come in these last few decades: brilliant storytellers like Peter Brown. But it started with the patient humility of rumination on narrow questions.

Earlier in that same chapter, Ziolkowski talked about deep reading. In medieval Europe, the painstaking production of a book foretold the painstaking way that medieval persons read books. The author wrote upon wax tablets or scraps of inferior parchment (gone the days when papyrus was easily had from the Nile that was now, since the thirteenth century, under the hostile sword of the Caliphs), or he dictated to scribes.

When his text was ready to take its final form, a whole team would be deployed: the rubbing of the skins with pumice, the pricking and ruling of the pages to ensure straight writing, the rubrics—literally, “the reds”—the highlighted titles of works and sections, the writing of the text itself, and the illuminations—the illustrations—each done in turn by experts assigned to the task. The product of this exquisite balance of talents created a reading experience of commensurate rarity. Every book, every copy of the same text, unique.

More importantly, Ziolkowski observed (in 1996!), “the reading took place at a pace far more leisurely (or painstaking) than most of our reading. In our culture most reading involves scanning, skimming, and jumping from one text to another. Our eyes flit over more words in a week than the eyes of a medieval reader could have surveyed, or would have wanted to survey, in a month or even a year.” Medieval readers had to overcome all sorts of little difficulties. No punctuation. Abbreviations, idiosyncrasies of handwriting, scriptio continua, in which words ran together without spaces. 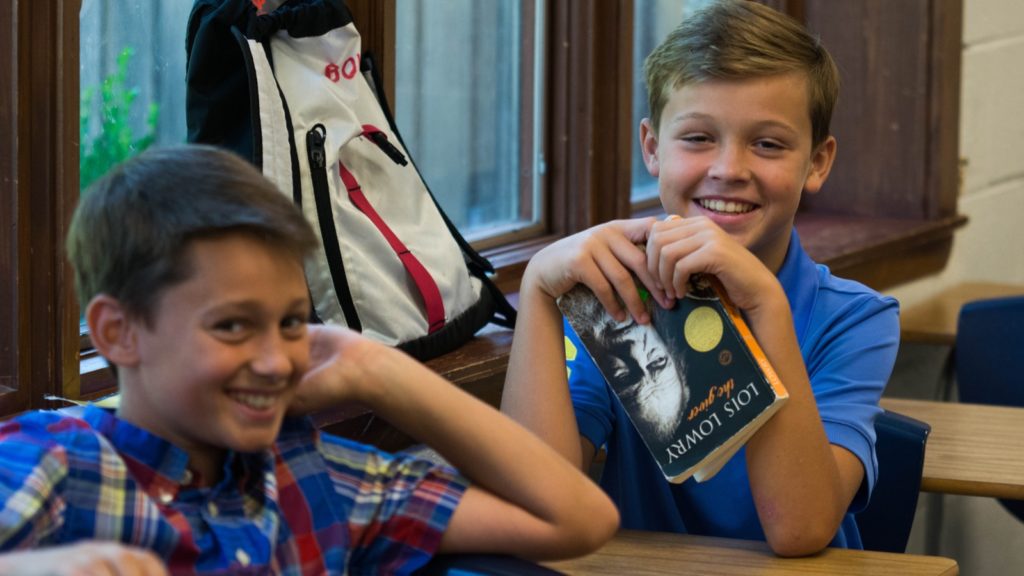 “Yet,” he continues, “it is not a given that medieval readers would have judged all these conditions to be detrimental. After all, they belonged to a culture in which slow reading was prized—in which readers were supposed to read and reread texts until they had internalized them to the point of being able to regurgitate them or, to use the medieval term, ruminate upon them.” Here he is evoking the images of “regurgitate” (from Latin re-, back or again; and Latin gula, the gullet; to bring something swallowed back up) and “ruminate” (from Lat. rumino, to chew (the cud) over again). “Although this kind of perusal was intended to result in a nearly verbatim recall of the texts, it was anything but mindless or soulless. On the contrary, it was meant to allow readers to appropriate the texts—to make them their own and retain them within their memories and hearts.”

What has happened when we have done this? When we apprehend the text, which is in the end a record of a person’s words, as an artifact (a work of art!) that does not change? Our memory of our encounter with that text has become like a fond recollection of happy time spent with a person. We remember how her hair looked that day, how she smelled, how she spoke those words as we looked absently at the French dictionary and the complete works of Shakespeare on the shelf, how on that day there lay on that same shelf a bit of ephemera: a newspaper and the baby’s empty milk bottle.

We have made the greatest effort to touch the other person—the marvelous light that has something to show us—through his writing, and we have, with our friends, become a little wiser. What happens if we clear all distractions away, and sit, as Andy Reed says, “on top of” our book, all by itself? May an obscure pedant of the 21st century be permitted a trifling coinage, a banner to carry among the casualties of dyslexia? What if a little improvement in our lives lies in the cultivation of “eulexia”?